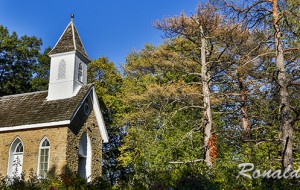 HISTORY OF THE MINES OF SPAIN AREA

The earliest known inhabitants of the Mines of Spain State Recreation Area during historical times were the Mesquakie. Their village was located at the mouth of Catfish Creek, just south of where the Julien Dubuque Monument now stands. From this site, the Mesquakie carried on a fur trade with French voyagers. They also worked the lead mines for many decades dating back to before the Revolutionary War. There is also evidence of prehistoric Native American cultures, some dating back as much as 8,000 years. Mounds, village sites, rock shelters, trading post sites, and campsites dot the landscape.

Julien Dubuque is credited as being the first European to settle on what is now Iowa soil in 1788. In 1796, Dubuque received a land grant from the Governor of Spain, who had resided in New Orleans at the time. The grant gave permission to Julien Dubuque to work the land which was owned by Spain and specified the 189-square mile area to be named as “Mines of Spain.” Dubuque eventually married Potosa, daughter of the Mesquakie Indian Chief, Peosta. Dubuque died March 24,1810.

Lead mining was a major part of this area’s history, first by the Native Americans, and in later years (late 1830s through the 1850s) by European miners and farmers. The Civil War caused renewed lead mining activity which waned after the war, but continued until 1914.

The Julien Dubuque Monument, built in 1897, sits high above the Mississippi River and provides the “Landmark” for the Mines of Spain Area. Julien Dubuque is buried on this site, which provides a scenic vista of the 1380-acre Mines of Spain, the city of Dubuque, the Mississippi River Valley, and Illinois. When Dubuque died, the Mesquakie buried him with tribal honors beneath a log mausoleum at the site where the current monument now stands.

Edwin B. Lyons, a Dubuque business man and conservationist, left provisions in his will to develop an interpretive center and nature preserve for the city of Dubuque. Two years after his death, the Lyons Trust Fund purchased the farmland originally known as the Otto Junkermann farm.

The Mines of Spain State Recreation Area was dedicated in 1981. It was acquired with the assistance of the Iowa Natural Heritage Foundation. The acquisition helped assure the protection of an important piece of Iowa’s historical and natural heritage. In 1993, the area was designated as a National Historic Landmark.